Transtar Cross-border TS3 will ply between Marina Square and Johor Bahru, providing a direct bus service from the Central Business District (CBD) of Singapore to Johor Bahru (JB). Two versions of route will be operated.

TS3 was first announced to begin operations on 18 December 2017. However, announced on 15 December 2017 in a Facebook post, the bus service will be delayed till further notice. 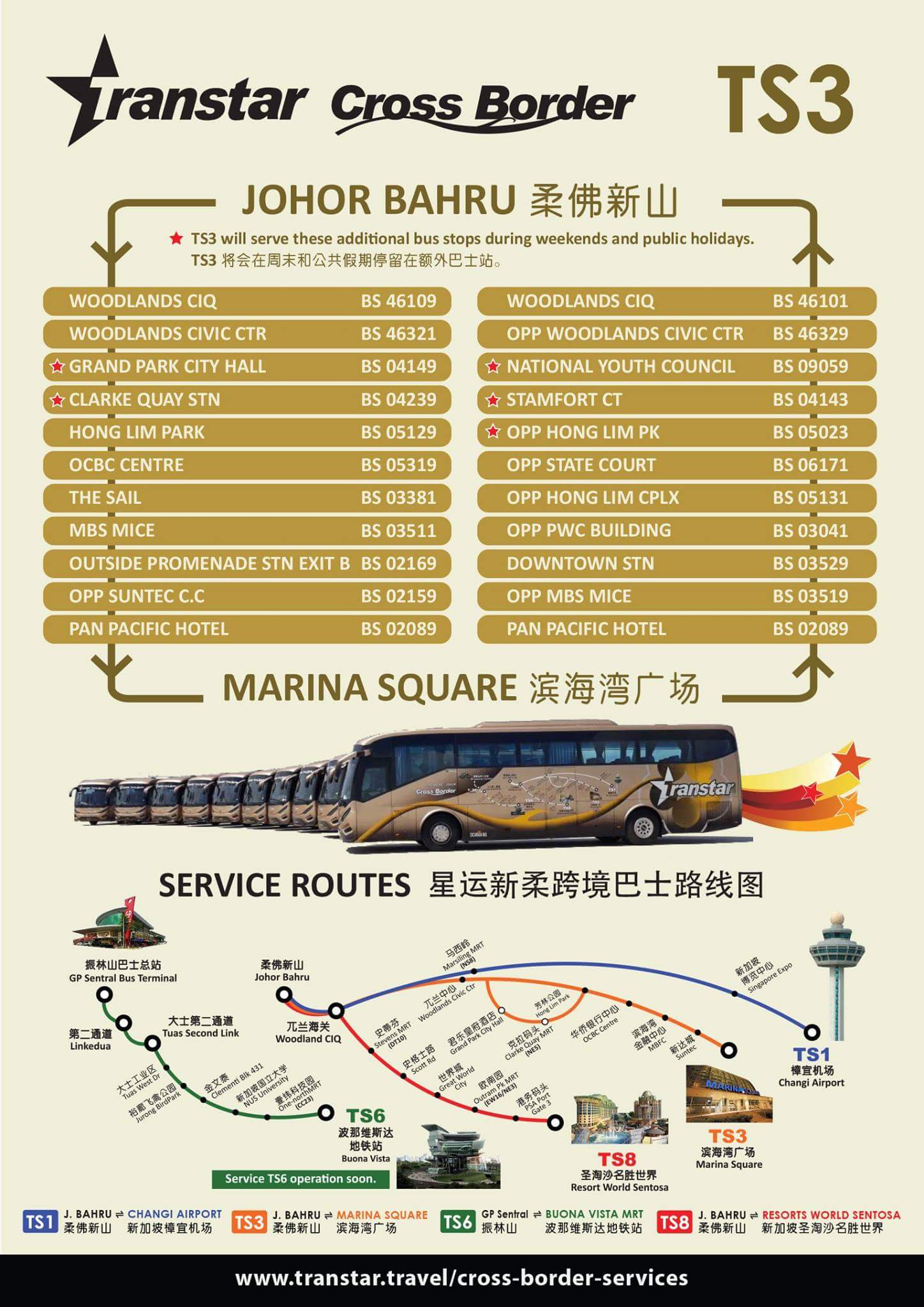 Bus service TS3 will start operations on Monday, 18 December 2017. Cash and Ez-link cards are accepted for fare payment in Singapore. Ez-link card users will enjoy cheaper fares from Marina Bay, Chinatown and City Hall. For instance, a bus ride on TS3 from Marina Bay Sands to JB will cost S$6 by Ez-link card, or S$7 by cash.

Bus service information complete with maps and route details are available on our website here.