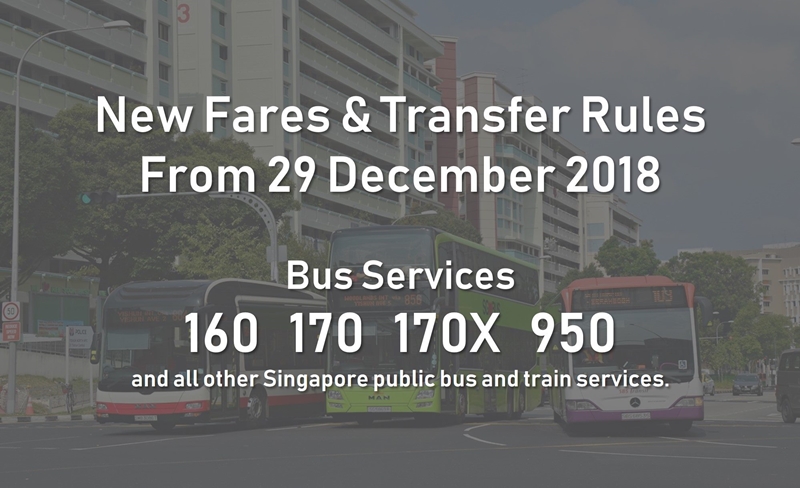 From 29 December 2018, bus fares and transfer rules for cross-border bus services 160, 170, 170X and 950 operated by SBS Transit and SMRT will be revised. The fare adjustment will be implemented on all public bus and train services in Singapore as well.

Announced by the Public Transport Council (PTC) of Singapore on 30 October 2018, a 4.3% adjustment will be implemented as part of the 2018 Fare Review Exercise.

No changes on the pricing of the Monthly Concession Passes and Adult Monthly Travel Passes. Commuters will continue to enjoy 50-cent discount when tapping in at any train station before 7.45am on weekdays (excluding public holidays).

The time limit for valid transfers between bus and bus, and bus and train will remain at 45 minutes. The last tap in must be within 2 hours from the time of the first tap in.

For example, Adam and Brenda are going back to their homes in Singapore after a shopping trip in Johor Bahru. Adam decided to accompany Brenda back to her home at Yishun, before going back to his home at Ang Mo Kio Avenue 10.

They took the cross-border bus service 950 from Johor Bahru Checkpoint to Marsiling MRT, and transfer to the North South Line to Yishun, followed by feeder bus 807 to Brenda's house at Yishun Ring Road. Thereafter, he will continue his journey on bus service 860 to Khatib MRT to take the North South Line to Ang Mo Kio, and finally a feeder bus 261 to Ang Mo Kio Avenue 10.

With the new transfer rules, Adam does not have to pay for a second journey from Khatib to his home due to multiple train rides. Even though his total journey time exceeded 2 hours, he tapped in on his last ride on feeder bus 261 five minutes before the time limit at 2255hrs, which meant that he completed this journey within 5 transfers (or 6 rides) and did not incur additional cost on a "New Ride".

Illustration on Adam's journey from Johor Bahru Checkpoint to his home at Ang Mo Kio Avenue 10. (Click to enlarge) 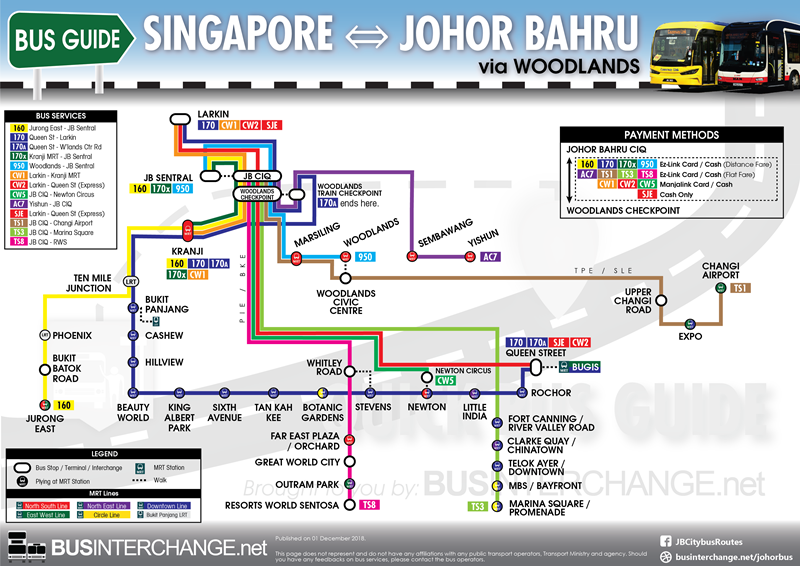 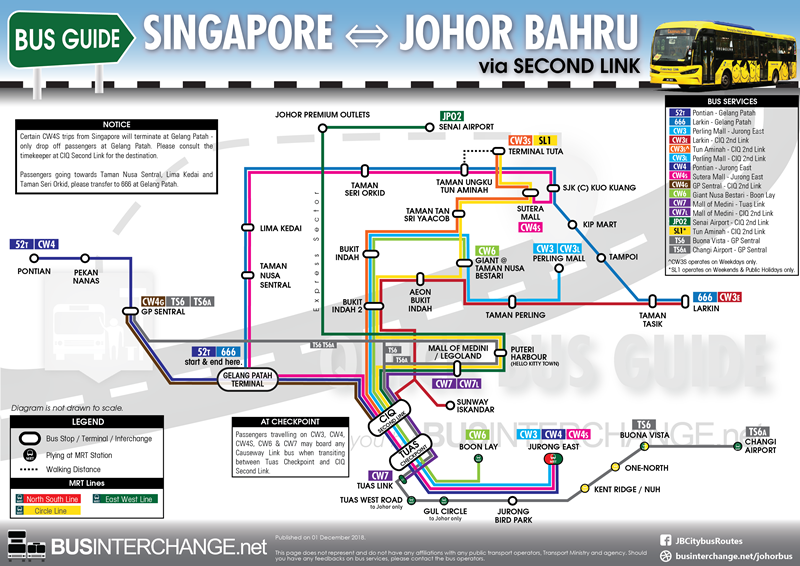