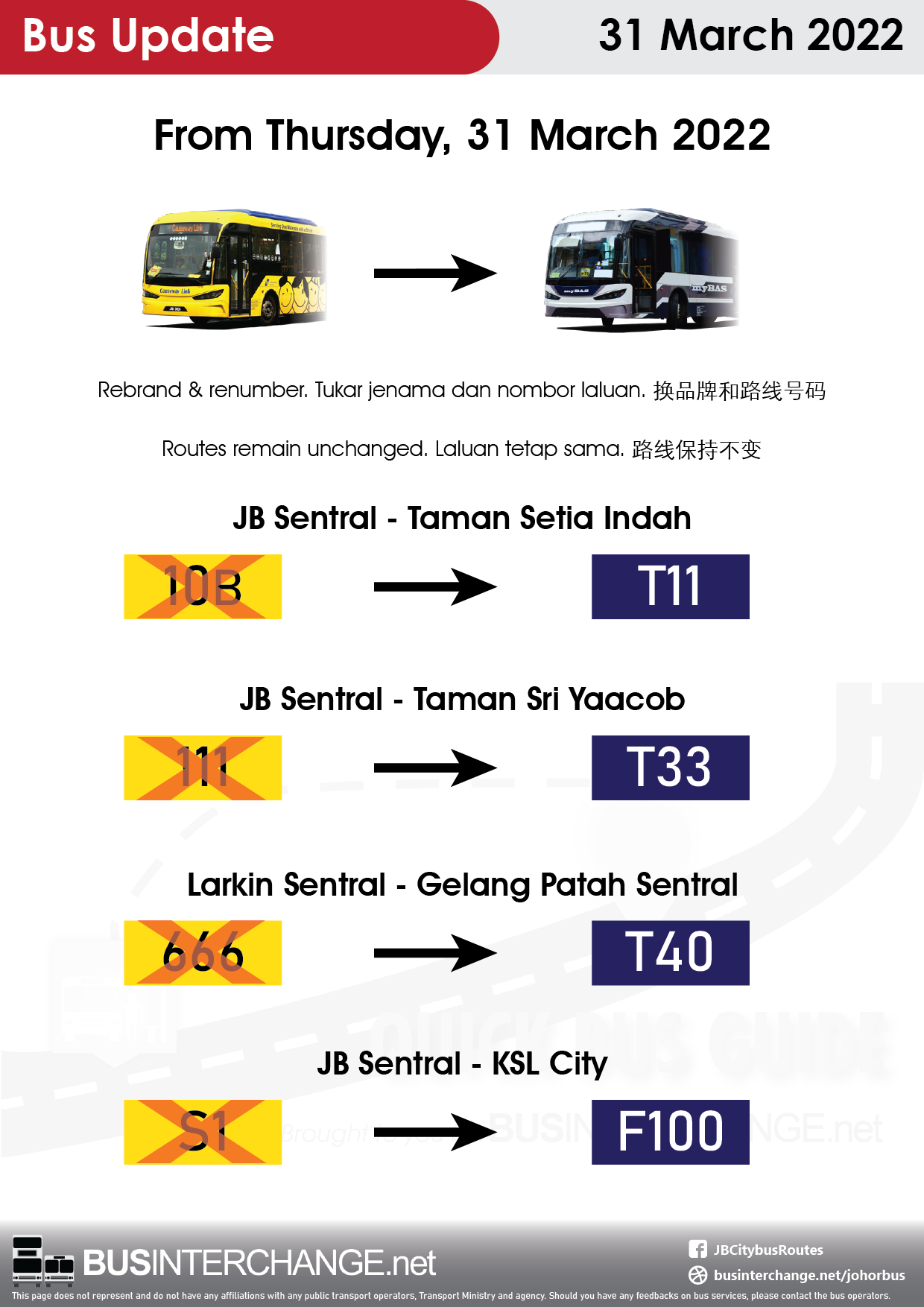 The 1,052 km route network will consist of 19 bus routes in five corridors, covering Kota Tinggi, Masai, Kulai, Gelang Patah and Pontian. 128 buses, some of which are electric buses, will be rolled out progressively. The service intervals are set at 20 to 30 minutes during peak hours, and 30 to 60 during off-peak hours.

Electric buses will enter revenue service for the first time in Johor Bahru under this programme.

MyBas is a Stage Bus Service Transformation (SBST) Programme introduced in 2015, aiming to enhance the reliability and quality of stage bus services. This initiative has been implemented in four states, such as Kangar, Seremban, Ipoh and Kuala Terengganu.

Under the SBST model, stage bus companies will focus on delivering quality bus services, while operating on a gross cost mechanism. APAD is in charge of the route network as well as collecting the fare revenue from bus operators, while bus operators will be paid service fees to operate the route.